There has been an unfortunate incident in Brussels. The blast that happened out of nowhere too so many lives and son many loved ones. Due to this mishap, security everywhere was amped up including the airport Gatwick and Heathrow.

According to the Gatwick airport spokesman, security is the, “absolute priority, As a result of the terrible incidents in Brussels we have increased our security presence and patrols around the airport.”

Heathrow was also concerned by this and issued a statement, “In the light of events in Brussels airport we are working with the police at Heathrow who are providing a high visibility presence.”

Apart from this Gatwick and Heathrow are still stuck on the expansion. Gatwick has recently claimed once more that the commission deciding which airport should be expanded used flawed evidence. This, in other words means that the decision for Heathrow expansion only pending environmental evaluation is flawed too. 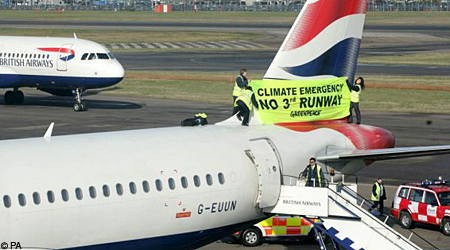 In light of Gatwick’s reproach, Heathrow bosses are trying to get the government’s stamp on expansion decision. This will make all of Gatwick claims void in general.

The airport’s CEO John Holland-Kaye was on Tyneside yesterday, where he said, “Any delay in agreeing to the building of a third runway at Heathrow would be especially damaging to regions like the North East that rely on his airport for connections around the world. The Government came under fire at the end of last year when it delayed a decision on airport expansion for at least six months, saying more work needed to be done on the environmental impacts of a third runway. That decision was widely seen as being linked to the London mayoral elections in May, where the Conservative and Labour candidates are both opposed to expanding Heathrow.”

The only way to settle this cold war is to make the decision once and for all. This everyone can make it peace with what is going to happen and may be pay proper attention to actual important things like Brussels incident.

Also Read: Why Meet and Greet Parking is the better choice?