Birmingham had booming business with all the record breaking months of seasonal traveling and vacations throughout the year. There were rerecord breaking numbers of travelers in the months of April, May, June, July and August. Yet November took the lead with highest increase in passenger rate. There were 650,000 through the terminal in this month marking the increment of 10% than the same month last year.

Paul Kehoe, the Birmingham Airport’s CEO, said, “Following news of yet another positive performance in November, which was our sixth record-breaking month of the year, we’re now looking forward to a busy Christmas period.”

Then there was the Christmas Getaway. The passenger rate was also quite high during December. 340,000 travelers were expected to pass through its terminal along with the 7.4% increase in traveler’s rate as compare to the last year.

According to The CEO, Paul Kehoe, “The busiest days over the festive period are likely to be the 21st, 22nd and 23rd December as people jet off in time for Christmas day, to visit friends and relatives, catch some winter sun or hit the ski slopes.

“The airport will remain open throughout Christmas and New Year, with around 6,400 passengers traveling through on Christmas Day. Flights will be departing to Montego Bay, Istanbul, Dubai, Sharm El Sheikh and Delhi, as well as many other European destinations.” 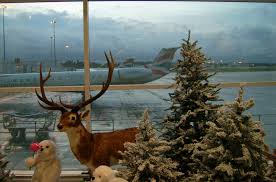 The Big plans of Birmingham Airport for the coming 2015 represent high hopes and expectations of even more passengers through its doors. Some of its New Year accomplishments are as follow:

The Turkish Airlines is expanding the magnitude of their operations at Birmingham next year.

Air India is initiating daily flights from Birmingham to Delhi and Amritsar.

Birmingham Airport is at the verge of brand new traveling era, along with the much higher level of comfortable and convenient traveling to all the new destinations. So, be the first to avail all that it has to offer including the secure car parking amenities of Birmingham airport. Happy New Year!!!

This blog post was very helpful to me. I'm sure others may find it useful as well.

Many thanks for sharing this information so freely. You need to think about writing a book.