“Millions of stranded airline passengers will be eligible for compensation payouts after the European court of justice (ECJ) ruled that they can claim for delays caused by technical problems.”

“In a case brought by the Dutch airline KLM, the judge decreed that unexpected technical problems can no longer count as an “extraordinary circumstance”, opening the door to claims of up to €600 (£437) a head.”

“Since the Supreme Court verdict, thousands of people who have tried to lodge a claim have been fobbed off by airlines. This week, Britain’s aviation regulator, the Civil Aviation Authority, began enforcement action against Ryanair to make the budget airline pay compensation to thousands of delayed passengers in the wake of the European court judgment.” 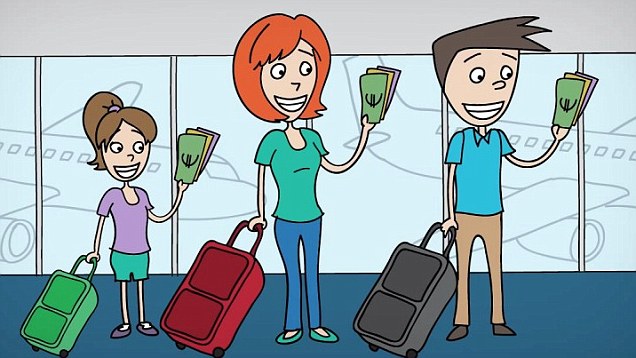 “Londoner Alan Macdonald was delayed eight hours when his Ryanair flight from Malta to London was grounded. Check-in staff and the captain blamed a technical fault, but when passengers tried to claim, Ryanair mysteriously changed its story. “Adverse weather conditions” were suddenly the cause and, since these counted as “extraordinary circumstances” beyond the airline’s control, it insisted compensation was not payable.”

“The reason airlines are so keen to reinvent the cause of a delay is because the levels of compensation stipulated by EC regulations can sometimes exceed the cost of the fare, and passengers have up to six years to lodge a claim. Most of those delayed more than three hours on a flight of up to 932 miles are entitled to €250, provided it departs or arrives at an EU airport. Long-haul travellers delayed more than four hours qualify for €600.”

You can claim if an airline could reasonably have foreseen and prevented the cause of the delay. These include:

You cannot claim if the delay is classed as an “extraordinary circumstance” – beyond an airline’s control – including:

The Unending Chores of Travel Planning